Valparaiso was already one of the most colourful cities in the world. And then the street artists came along…

I have never been anywhere quite like Valpo (as the locals call it) for street art. Nearly every flat surface boasts eye-catching works that make parts of the city pretty much an open-air art gallery.

You can see colourful, poignant and technically brilliant creations all over town, by artists including local heroes such as Charquipunk and Teo, plus collaborations such as Un Kolor Distinto. These are two of our favourites from the more tourist-heavy of the hills that characterise this town, Cerro Alegre and Cerro Concepcion. 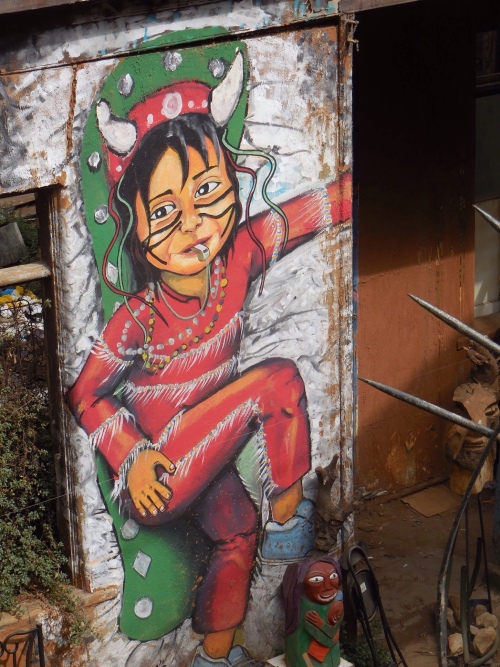 Here’s one featuring the face and poetry of Nobel prize-winning poet Pablo Neruda, who lived in Valparaiso.

But for the most densely-concentrated collection, head to the working class hilltop area of Cerro Polanco. You can access it via one of the city’s many ascensores and the only one that runs vertically. The area hosted a street art festival in 2012, transforming humble houses into beautiful works of art, with the consent of residentrs of course.

The entrance to the ascensor isn’t that easy to spot, so here’s a pic. 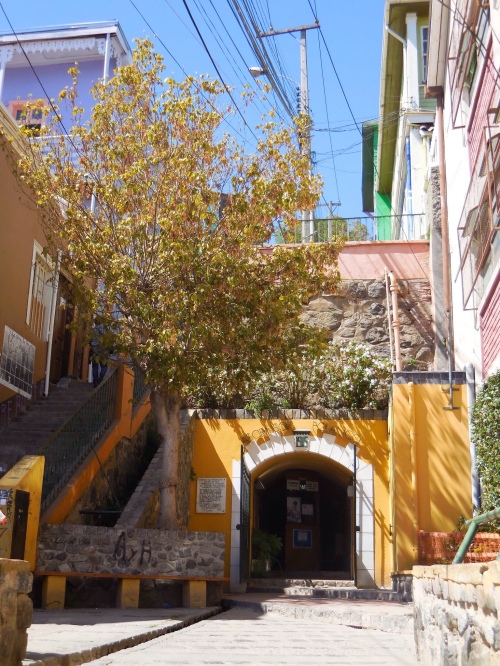 After a walk through a gloomy tunnel and a short journey in a dilapidated old lift, you’ll step out from this rather impressive structure. 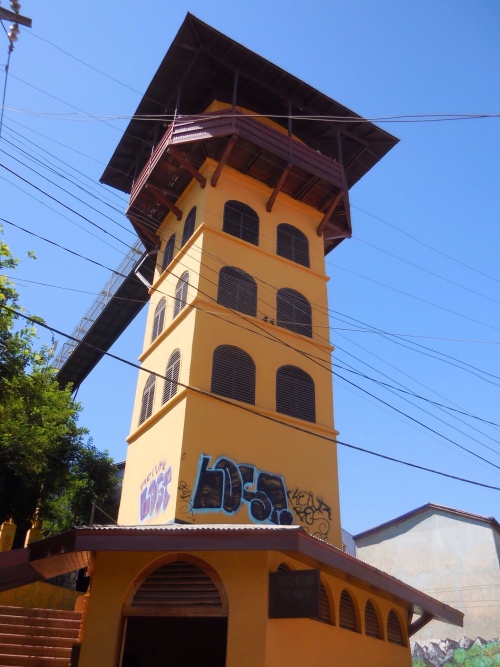 Many tourists only make it this far, fearing to tread in a non-touristy neighbourhood. We felt perfectly safe though. As in any area you don’t know, just keep your wits about you and don’t be stupid with your camera. We made our way down through the hilly labyrinth, enjoying the art as we descended. 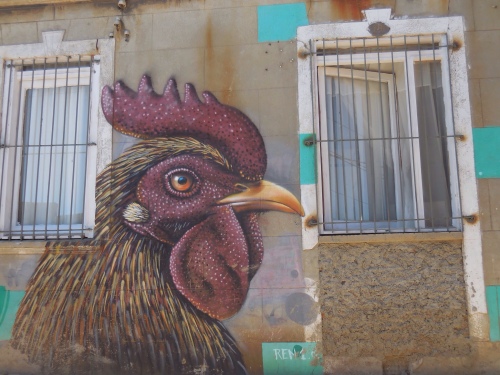 As you can see, it’s a mind-boggling mixture that is at turns surreal, political, whimsical and beautiful. Oh, and for some reason there are lots of works featuring cats.

That’s it for verbiage from me. Just enjoy the street art… 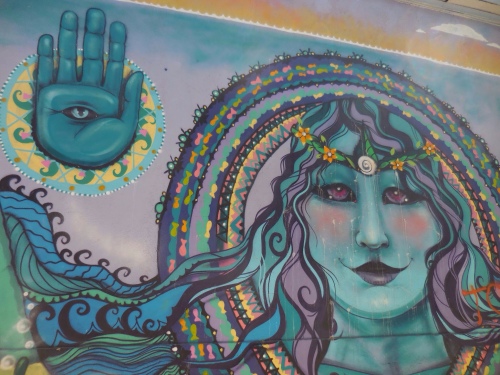 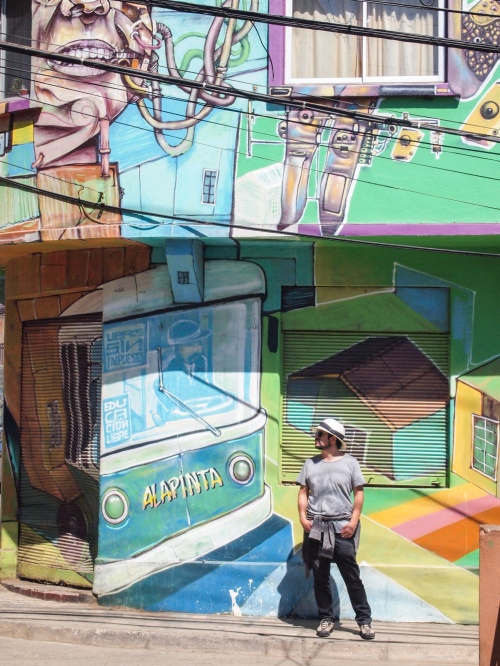 As someone who can barely draw a stick man, I was mightily impressed.