What we did and what you can do to…

Whether you have it in a traditional spicy moqueca stew, fried with rice on the beach, stuffed into a bolinho, “by the kilo” in one of Brazils excellent buffet eateries, or served up raw in a sushi bar, Brazil is the place to develop a taste for seafood.

Rob went crazy for the late night prawn cupcakes at Belmonte in Rio while Franki loved the moqueca up in Salvador (white fish and prawns stewed in coconut milk and served pretty much everywhere). We tried Sushi at Soho in Salvador and at Azumi in Rio and the latter – thought not cheap – was sensational.

A note to vegetarians: It’s not easy to avoid meat in Brazil so if you do find yourself existing on side dishes, you can at least take comfort in the fact that the fruit in Brazil is possibly some of the best I’ve had anywhere in the world. In fact, Franki’s pretty sure she developed a pineapple addiction during our stay.

The classic Brazilian cocktail – cachaça, sugar and lime – needs no introduction. Though the hangover you get from consuming that much alcohol alongside that much sugar should probably be mentioned. Nevertheless, they’re delicious and astonishingly easy to put away – see the latest Booze of the World for more!

Back home it’s been trendy to drink coconut water for quite some time but it’s taken me until I came to Brazil to really appreciate quite how glorious it can be. Of course it’s a bit different when you’re drinking it straight from the source. On almost every street corner is a kiosk with a cool box full of fresh coconuts. They hack the top off with a machete and hand you a straw. It’s heaven in the heat. 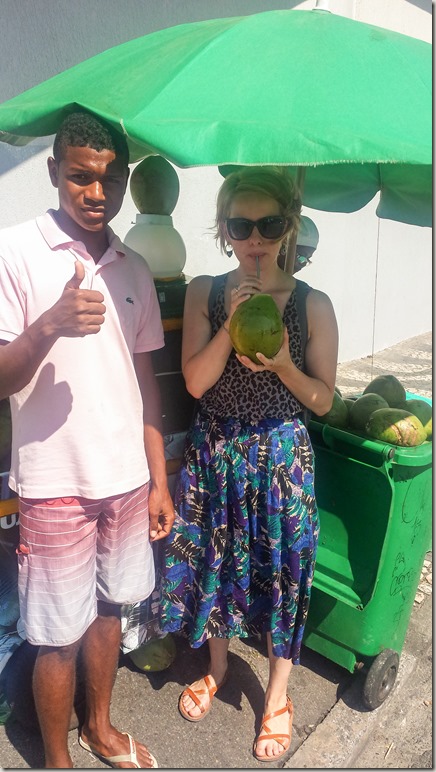 Try: Playing football on the beach

Rob was barely able to walk due to back problems so didn’t have the chance to embarrass himself. But Brazilians really do play football on the beach and they are damn good too. One kid scored a goal reminiscent of Gazza v Scotland at Euro 96 and barely celebrated. If an Englishman had scored that in the park he’d never pay for a drink the rest of his life. Joga bonito! 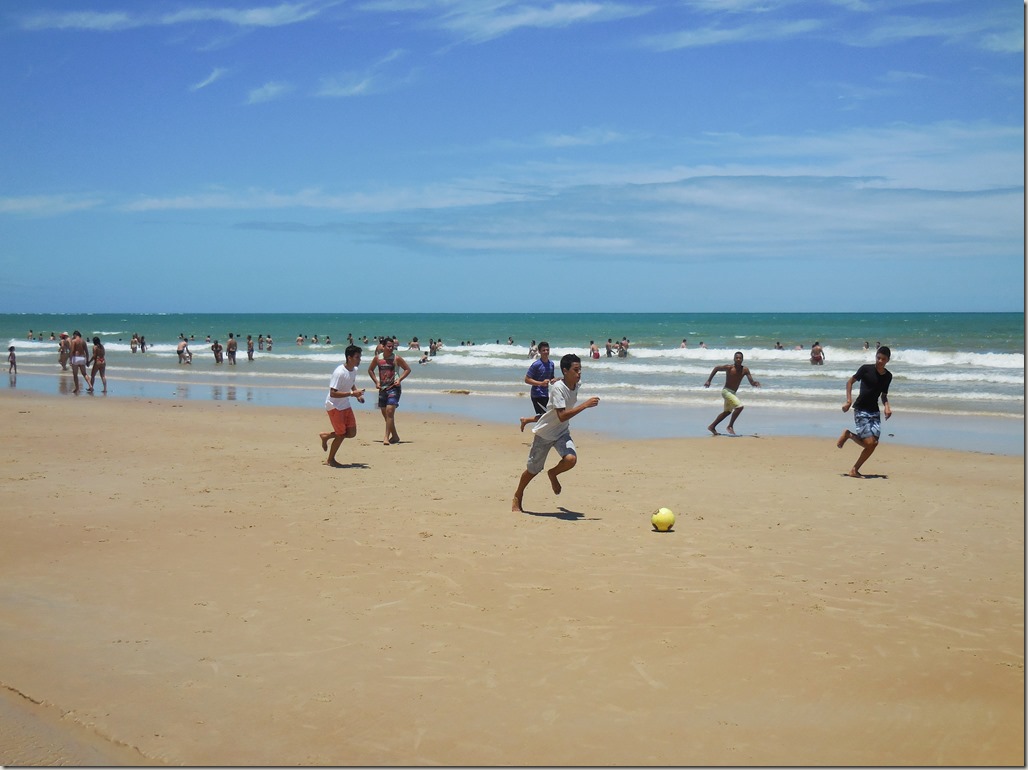 Possibly Brazil’s greatest fashion export [can’t be bothered to actually research this so let’s go with it!] Havaianas are the footwear uniform for tourists and locals alike. You can find them everywhere, from supermarkets to shoe shops and of course the ubiquitous Havaianas stores in every town.

They’re comfy, colourful and best of all, you can pick them up for less than R25 (around £5/$8). At prices like that you can have a different pair for every day of the week! 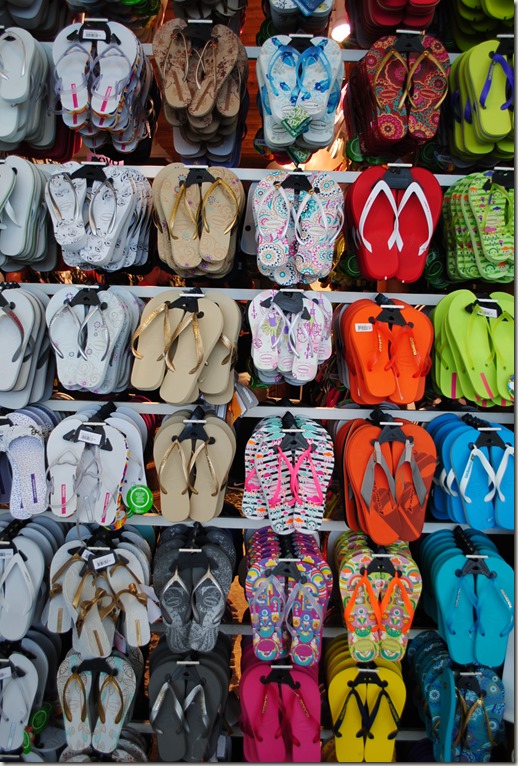 Do: Buy bus tickets in advance

Time for a public service broadcast: Buying bus tickets in Brazil is annoying. You can’t buy them online unless you’re Brazilian (the booking form requires you to enter your Brazilian social security number) so you have to go the bus station. But the buses tend to book up quite quickly so it’s a good idea to plan ahead and get to the bus station ideally three or four days before you intend to travel. If you have plenty of time this won’t be a problem. If you’re on a tight schedule [check!] and/or you’re travelling during public holidays [check!] you may well find yourself wanting to scream.

He might represent heaven but we can honestly say we found the trip to get up close and personal with one of the world’s most famous statues to be hellish on all fronts. Even without the four hour queue, the heat, or the absolute joke that is the ticket-purchasing system, you’re still talking about a lot of effort simply to stand in front of a statue you’ve seen a billion pictures of and can be admired from one of the many rooftop bars around the city. 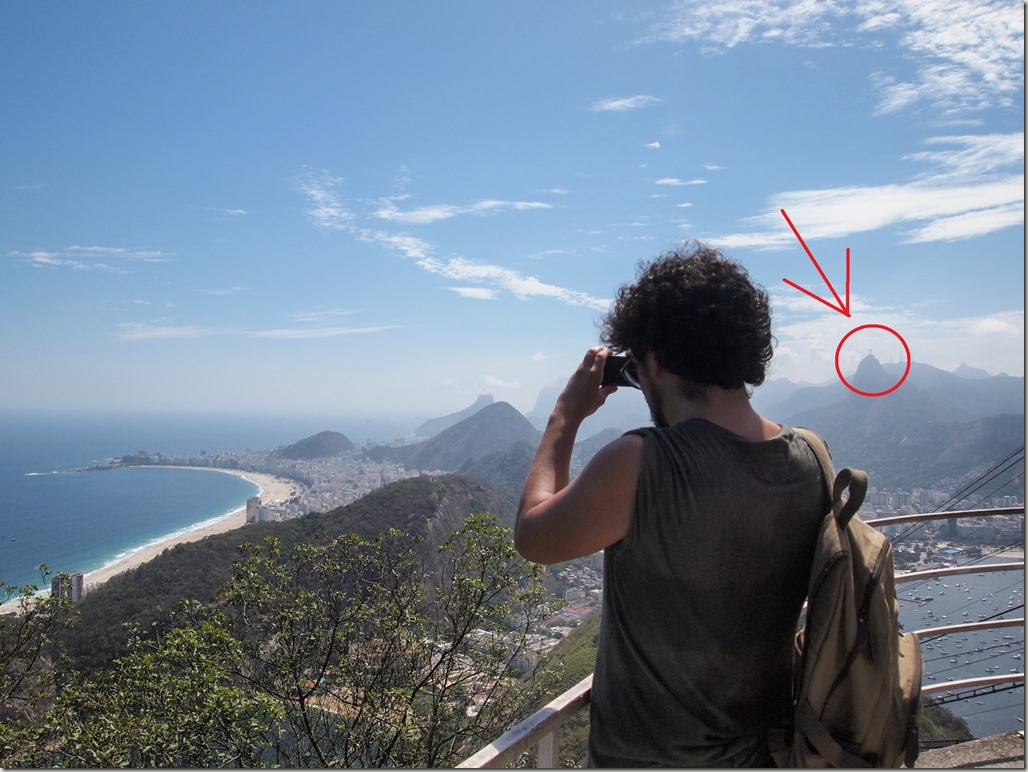 And once you get up there… oh my gosh. As Rob put it, “Now, admittedly I’m Jewish but I think you would struggle to find less Christian behaviour than I saw up at Corcovado.” Now, prone as he is to acerbic overstatement, he has a point. Everywhere you look is selfishness and narcissism as people literally shove you out of the way, elbowing each other in the ribs to get a selfie with the art deco icon. 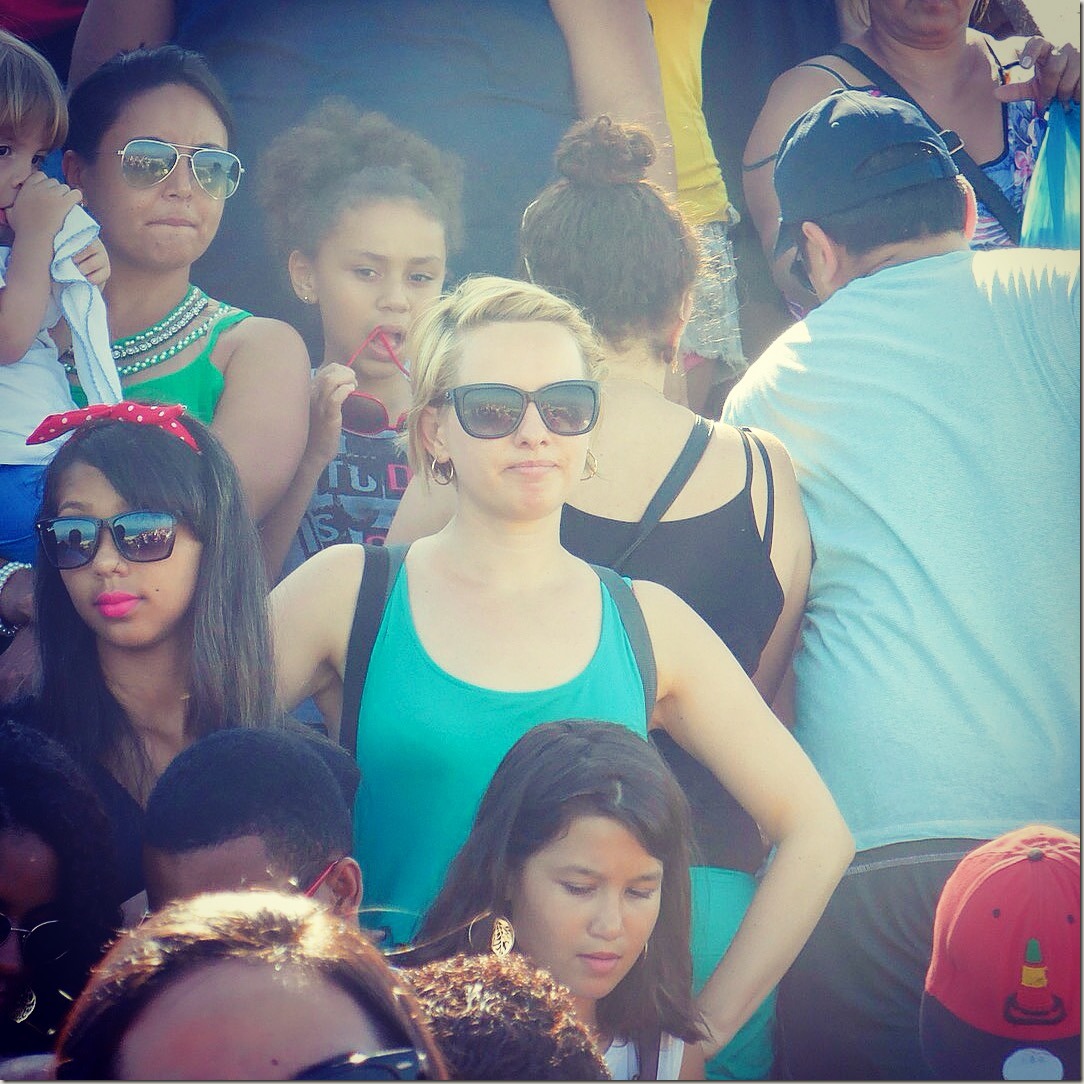 Our advice? Skip it.

The time we stayed in a Brazilian love motel.

These by-the-hour motels gained publicity during the World Cup and led to soaring demand and the opening of  higher end luxury versions. And it turns out they’re pretty good value! You don’t have to rent them by the hour and rooms start at R165 a night (£35/$55) which in Sao Paulo was actually cheaper than some of the double rooms in hostels. Plus how often do you get to stay in a hotel room with a glitter ball?