Did you know Santiago was famous for its gourmet sandwiches? No, us neither. But these are no ordinary sarnies. They’re at least three inches thick and packed with fabulous meat, veggies, sauces, pickles and preserves. The classic is the chacarero, a pile of thinly sliced, churrasco steak, tomatoes, lettuce, avocado, mayo, green beans and – because this is Latin America, baby – a good helping of aji verde chilli.

To my mind, there is not yet a satisfying round-up of all the best places to get sandwiches in Santiago (though I’m happy to volunteer!) but these blogs are worth a look if you’re heading that way.

On the Chacarero Trail: Where to Eat Santiago’s Favorite Sandwich

We were only in town for a couple of days so didn’t manage to get round them all but we really liked Bar Liguria – both for its sarnies and its decor.

Pisco is so beloved in this part of the world that Chile and Peru have actually fought courtroom battles over who can lay claim to it.

It’s a brandy, invented by Spanish settlers in the 16th century. The really premium stuff can be drunk neat but for the most part, the best way to enjoy it is in a Pisco Sour. It’s a simple cocktail of Pisco, sugar syrup and lime. In Peru they add whipped egg white and Angostura bitters, in my view the superior version. But never say that to a Chilean, they’ll go spare.

The best way to learn about Pisco is by doing a tour of the Elqui Valley near Pisco Elqui, covered, as you might expect, in the latest Booze of the World post.

Try: Your luck at whale watching

You can book a trip to see the tiny Humboldt penguins – residents of the Islas Damas – from the seaside town of La Serena, five hours north of Santiago. We almost didn’t because the price of the tour was out entire day’s budget and then some. But we can confidently say that it was money well spent. 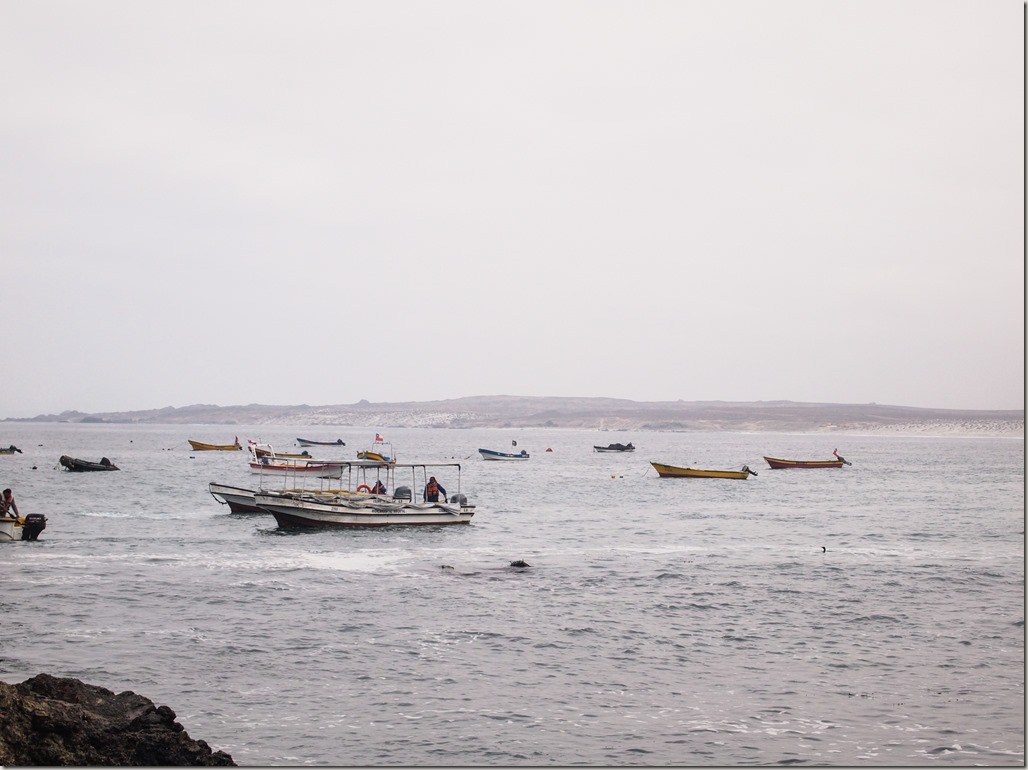 Don’t be put off by the weather… or the size of the boats. You’re guaranteed to see the cute little pinguinos (among the smallest in the world) alongside seals and a host of rare birdlife. If you’re lucky you might also get to see bottlenose dolphins and if you’re REALLY lucky you might even spy a humpback whale, flummoxing around in the chilly Pacific water.

We, as it turned out, were really lucky. We christened our whale Humpberto… because he’s Chilean and he’s a humpback whale. YES, we are that creative.

OK, you probably don’t need a phrasebook but it is worth noting that Spanish speakers visiting Chile might be surprised by how different espanol chileno sounds compared to the accents and dialects used in other parts of South America.

It’s not just the pronunciation, either. Like Argentina, they frequently drop the esses (so desculpe becomes “de-culpe”) and both the y  (as in mayo) and the double ll (as in Guillermo) becomes a “sh” or even a soft “g” sound (so mayo becomes “masho” and Guillermo becomes “Guishermo”). In addition Chileans use a lot of words that derive not from castellano (“casteshano!”) but from the indigenous Mapuche language as well as chilenismos, their own idiosyncratic slang. Oh, and they talk really fast. Brilliant. 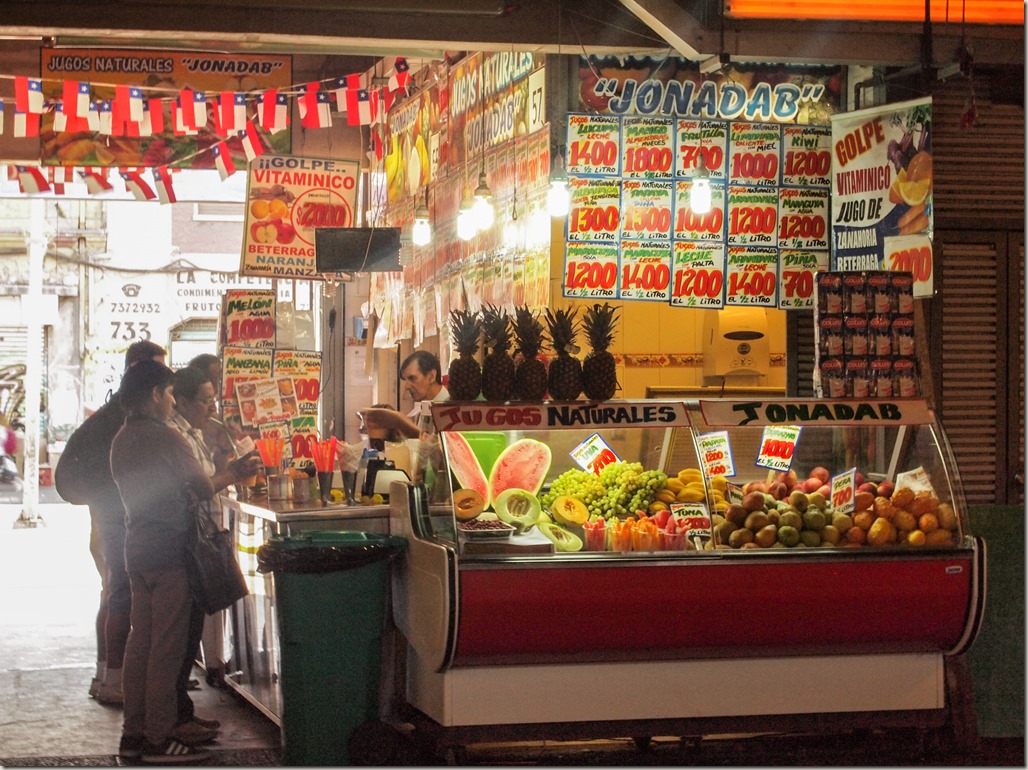 Good luck in the market

Given that this was our last stop in South America, we were arrogant enough to think it’d be a breeze. Rob’s Spanish had skyrocketed from conversational to pretty proficient and even Franki, who spoke no Spanish at all before arriving was starting to be able to hold her own in basic conversations. So being sent straight back to square one in Chile was a bit of a shock! Luckily the Chileans are a pretty cool bunch and will do their best to help you out if you come to a comprehension impasse.

Do: A walking tour

We didn’t really consider ourselves walking tour people (perhaps due to the lack of gigantic trainers, khaki zip off shorts and bum bags?) but Chile really changed that. We booked onto the Where’s Wally tours in both Santiago and Valparaiso and found them excellent, both in terms of the information shared and the general ethos of trying to incorporate culture, history and a little bit of “real life”. The tours are “free” but you are expected to tip, and a suggested donation is around $10 per person. 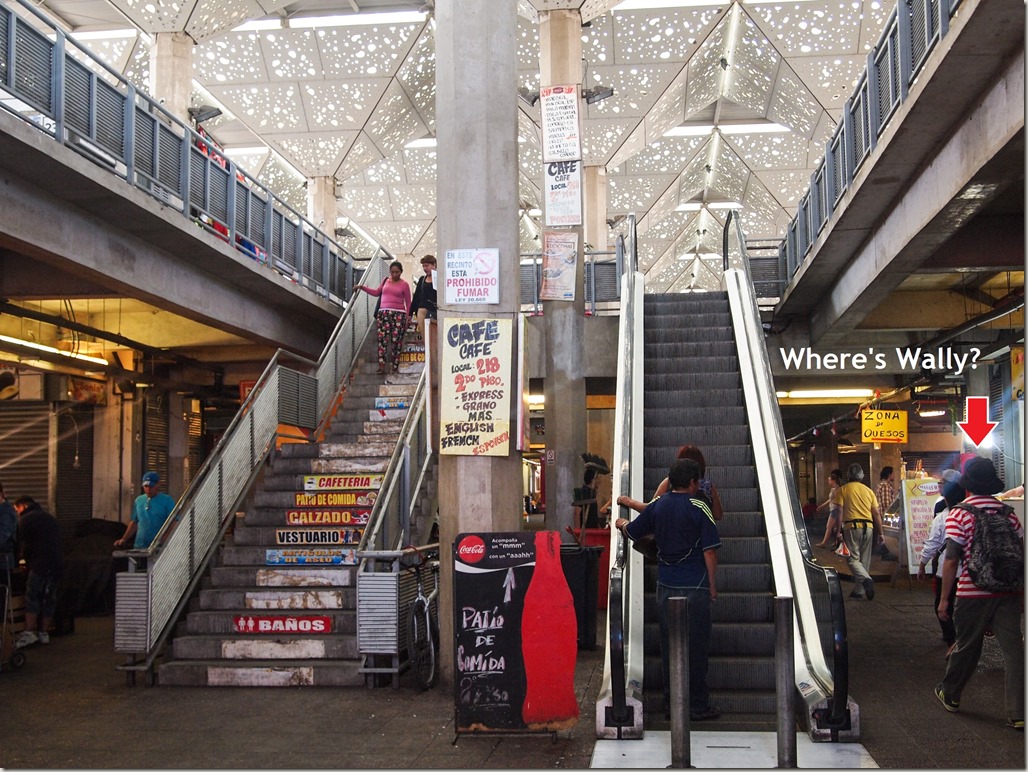 Can you spot him?

Highlights for us included the weird and wonderful stories told at the Cementerio General in Santiago and the fascinating history behind some of the street art in Valpariso (which was so impressive, we’ve dedicated an entire post to it!).

It also enabled us to find the best place to buy fresh fish at the Mercado Central in Santiago and discover the most delicious alfajores  made by this chap and sold from his front door just off a flight of stone steps in an alleyway in Valparaiso.

Don’t: Take your eyes off the pavement in Valparaiso

This quirky costal city is a joy to behold… except when it comes to the roads and pavements which is festooned with dog shit. It’s almost as though the neighbourhood canines have gone out of their way to liberally cover the place with crap in order that your every step be laced with hazard. By all means enjoy Valpo’s stunning street art and higgedly-piggedly UNESCO-protected buildings but never ever forget to keep an eye on your feet. 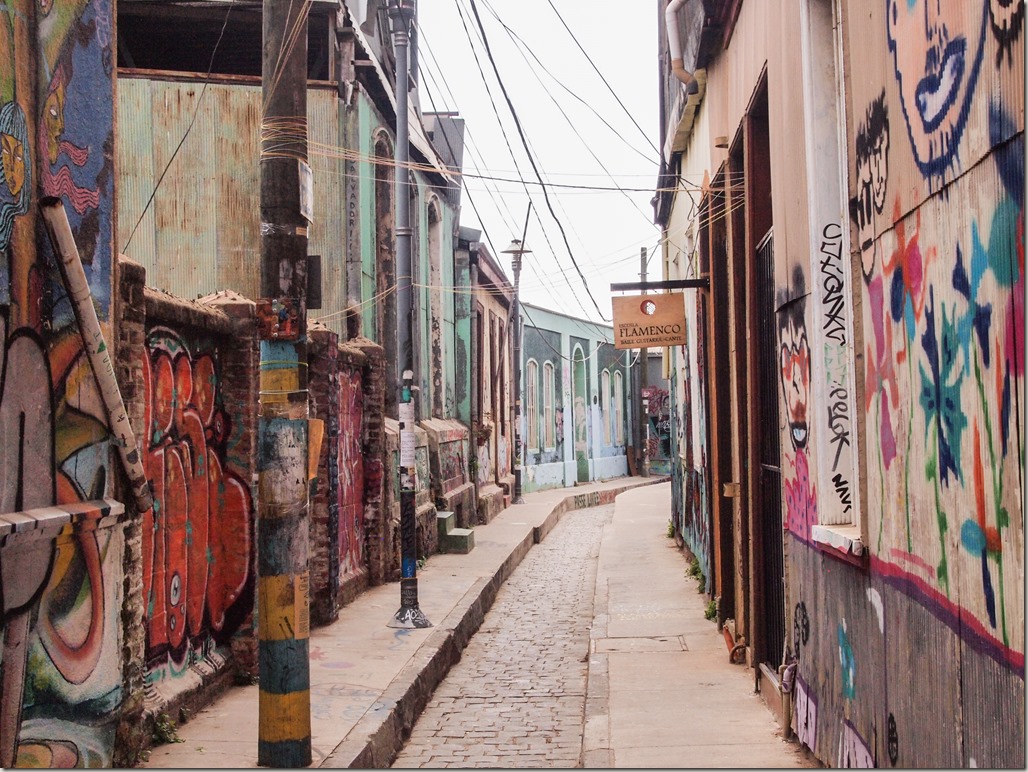 …the greatest ever name for a piece of art (and what, by the way, I am totally going to call my next band), discovered in the wacky Palacio Barburizza, Valparaiso:

The house – which is well worth a visit for the outlandish design, both inside and out – was formerly owned by Croatian Pascual Baburizza who had an eccentric flair for architecture and surprisingly conservative taste in art. The rest of the collection is dull as ditch water. In sum: Approximately 200 paintings of the ocean and two dozen dreary landscapes. It’s safe to say Sex Eclair is the highlight in more ways than one.

Want to know what it looks like? Well, you’ll have to visit and find out…

Valparaiso: Where cafes come with toy monsters for you to play with